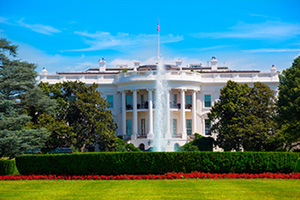 For the record: I am not a Donald Trump supporter, and did not vote for him.

The conventional wisdom holds that Donald Trump “broke all the rules” in his successful campaign for the Presidency, and that he has possibly rewritten the politician’s playbook for success.

But I suggest that in order to best understand how Trump managed his victory, it is just as important to take note of the rules Trump did not break on his way to the White House.

These are the first two fundamental rules of effective persuasive communication that anyone who has taken a public speaking course, media training workshop, presentation skills seminar or basic sales training should have learned:

** Know your audience — its interests, needs and concerns, and most especially its hopes, fears, wishes and dreams.

** Deliver to that audience a message that, above all, it finds
beneficial and emotionally satisfying.

Whatever else might be true about Mr. Trump, he was clear about his audience. Whether by instinct, cunning, experience, analysis, or a mix, Trump demonstrated an understanding of the electorate’s desire for change, its unhappiness with the direction of the country and its fear of economic decline. To steal the line from the prescient 1975 film Network, Trump understood that people were “mad as hell” and might be convinced to demonstrate at the ballot box they were “not going to take it anymore.”

No surprise here. Donald Trump’s showbiz DNA is coded to understand audiences and win with them. Nor should we think it was by accident that the televised rally was the staple of his campaign.

And the emotionally satisfying message? His invitation to climb aboard the S.S. Trump and watch him “Make America Great Again.” No matter that he provided precious few specifics on how that would happen. The promise of a better tomorrow hit people in the bull’s-eye of their wish fulfillment.

To gauge the importance of Trump’s adherence to the two core principles of successful persuasion in his victory, consider the outcome had he not gotten it “right” with his audience analysis and essential message. Could he have possibly overcome his jaw-dropping xenophobic, racist, sexist, misogynistic and other types of off-message gaffes, not to mention his ill-informed statements and outright lies, from the campaign’s beginning to its end?

I do not believe anyone would call Donald Trump a “great communicator,” but I do suggest people were willing to forgive, overlook, ignore, discount and rationalize his obvious flaws because he got it “right” with voters where it mattered most.

Donald Trump understood and executed on the fundamentals of successful persuasive communications just enough to get him to the White House ahead of the other candidate, whose own performance fell short.