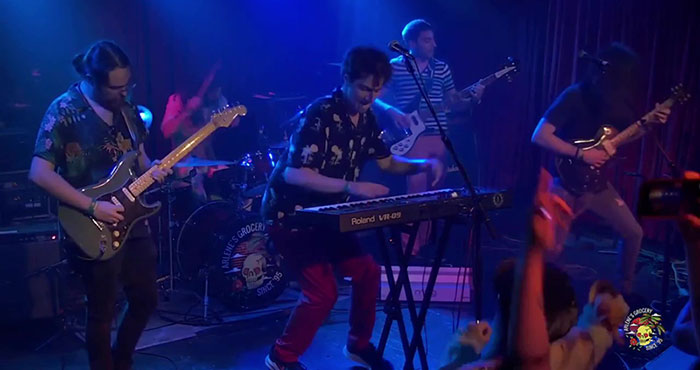 New York, NY – There are big questions about whether New York City will ever return to its pre-COVID levels of business and cultural vitality. Will the office economy be as robust as before if companies allow employees to continue to work from home? Will tourism return to pre-pandemic levels if shootings in Times Square continue to grab headlines? If tax revenues decline, how much will inevitable cuts in city services impact the quality of life?

These are just a few of the questions facing New York, and it’s easy to predict a bleak future based on outcomes that don’t go the city’s way. But there is at least one bottom line reality about New York City that provides a hopeful augury: It’s a place that young people continue to want to live, work and play. This vital aspect of New York life was on full display on a recent Saturday night in July.

Arlene’s Grocery is a bar in New York’s East Village that features live music. It’s one of many such venues in the city, but we chose to mention it because on this Saturday night, one of the featured bands was a new group for which our son, Matthew, serves as lead singer, plays keyboard, and writes songs. The band is called Hotel Security, and it was making its live debut. To sample the sound

The scene at Arlene’s and the surrounding neighborhood was hopping. Young New York was out in full force this warm July night, filling the streets with enough people to make you think a special event was underway. The full energy and enthusiasm of youth was in the air, and it was impossible not to feel this urban pulse without a sense of optimism about the city’s future.

New York has always been the “Emerald City” for young people from near and far. It draws those with high hopes and big dreams, whether they were born in Bangor, ME, Bakersfield, CA, Bangladesh, or Brooklyn. Despite the ravages of COVID and the uncertainty that faces the city, that fundamental fact remains unchanged.

Will the kids and their drive to “make it in New York” help the city’s post-COVID recovery? Absolutely. Will their youth power be enough to save it? I won’t speculate on that, but I also wouldn’t bet against the idea. (By the way, Hotel Security’s debut was well received. They’ll be back at Arlene’s and elsewhere around town in the weeks and months to come.)