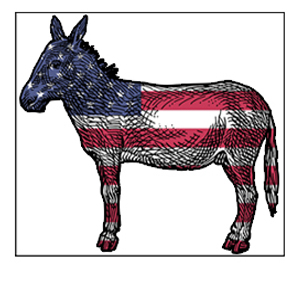 The late Tom Petty counts among the legends of rock ‘n roll for his instantly identifiable guitar, vocal and lyrical style. From among his many hits, there is a line in one song I think the Democratic party and its candidates need to take very seriously as the 2020 campaign moves toward the general election.

The song is titled “Into the Great Wide Open”. It’s a dreamy telling of the story of a young man named Eddie who goes to L.A., as so many have, with hopes to make it big in the music biz. Everything goes pretty well at the start for Eddie. He gets a tattoo. He meets a girl who has a tattoo, too. He gets a guitar. She teaches him some chords. He meets with movie stars. He parties and mingles. It’s looking like the “sky is the limit” for Eddie and his music.

Until he hears this line from the A&R man: “I don’t hear a single.” It’s downhill for Eddie from there.

Without much of a stretch, Eddie’s story can be seen as a metaphorical warning to the Democrats as they seek to defeat Donald Trump and take back the US Senate in November. Right now, those seeking their party’s nomination are producing a noisy cacophony of ideas that span the spectrum from wonderful to wacky.

What they have not done is deliver a focused message that touches voters’ most important interests, needs and concerns with lasting impact, authenticity and meaning. In short, we don’t hear a “single”, and without it, the Democrats hopes of sending Donald Trump permanently to Mar a Lago in November are not good.